Being a massive fan of Rian Johnson (of Brick fame), plus the principal cast of Adrian Brody, Mark Ruffalo and Rachel Wiesz, I had high hopes for this film centred around a pair of con-siblings and their last big scam. I wouldn't say it let me down as such, as it was funny and farcical, and a generally well made postmodern caper film. It did become a tad convoluted near the end though, with all the counter scamming and unneccesarry villains. The interaction between the four characters was heart-warming and allowed me to care for the team, and the very end was well concieved and well played, just the bit immediatley before it was slightly shoddy. Maybe on a second view I would enjoy it more than I did, but it was an enjoyable romp nonetheless. 7 out of 10.

I finally sat down to watch Sam Raimi's ultra-low budget "Video Nasty", and after watching the first sequel (or remake I suppose), I decided to review them as one film. The first one really was low budget, but looked really good in parts. It actually was nasty in parts and a lot less funny and slapstick compared to number II. Ash (the superbly chinned Bruce Campbell) is much more assured in II and in control. It played to his charismatic strengths and great comedic timing, as did the often ludicrous plot. I enjoyed the second film for this, but did like and appreciate the first, and was genuinely creeped out in parts. 7/8 out of 10.

God, where to start? This low budget time travel caper pulls no intellectual punches, and is almost impossible to follow. Two physicists accidentally discover time travel and use it to manipulate the stockmarket. It deals with the implications and fallout of time travel, and the strain on the relationship of the two leads. My head was spinning trying to follow the paradoxes and time jumps, but it performs admirable for newcomers on a low budget. Definitely worth a watch, and then another to try and follow it. 7 out of 10.

Ok so I went to the pictures to see this, but want to include it anyway. JJ Abram's ode to the beard almost succeeds in creating a timeless summer blockbuster for the whole family in the mould of ET and the Goonies. then we see the monster fully and find out it's back story. I won't ruin it for anyone (I'm aware nobody is reading this) but it is fucking implausible to say the least. Bad writing, that's all there is to it, and it lets down all the great build up and half-glimpses throughout the first half. Film of the year it aint. 5 out of 10.

Joaquin Phoenix's hopefully mockumentary was a tough watch. A masterclass in the method Joaquin really shows what his career has hinted he's capable of. It really is a man self destructing in front of a camera, but this made it difficult to watch. It was cringy and unbearable, plus impossible to separate from reality. The lack of overt humour creates an uneasy atmosphere throughout, making me actually feel sorry for a man I knew was acting. Half mesmerising in its premise, but too close to the bone for my liking. 8 out of 10 (for the audacity of it all).
Posted by Jay Dougherty at 13:33

Email ThisBlogThis!Share to TwitterShare to FacebookShare to Pinterest
Labels: Films 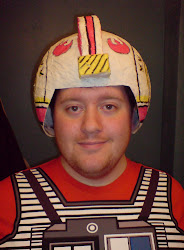